It’s always a pleasure to learn of an associate’s personal connection to a cause or community we serve. Netsmart associate April McClure found a personal connection to the Care at Home community after her mother received hospice care. Discover how fulfilling her mother’s final request led to the creation of Janet’s Wish, an organization that grants gifts of comfort to hospice patients. 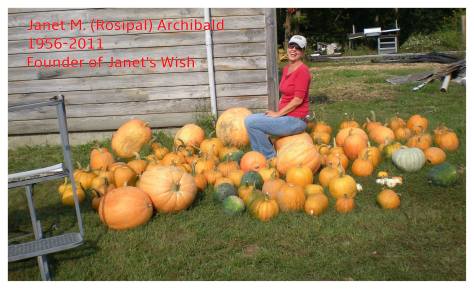 Growing up as an only child, April and her mother, Janet, shared a special bond. Being only the two of them, their mother-daughter bond transformed into a genuine friendship. As April reflected on her childhood, she proudly shared that her mother was her best friend. When Janet was diagnosed with stage four cancer and given a life-expectancy of two years, their close relationship meant more to each other than ever before. The news was not only devastating, but life-changing. 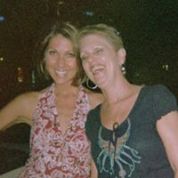 April accompanied her mother to every doctor’s appointment over the course of the next two years. As she recalled her mother’s demeanor while receiving treatment, she couldn’t help but smile. Despite the situation, Janet remained extremely positive. She would happily engage in conversations with every patient she met while receiving treatment. Instead of inquiring about someone’s prognosis, she focused on uncovering what made each new acquaintance unique. Just as she never wanted sympathy from others, she treated everyone she met as an equal who still had a purpose.

Janet was especially conscious to interact with individuals who didn’t have someone accompanying them to their appointment. “It made her feel horrible to see someone without support while receiving treatment,” April recalled. “She was so grateful to have so much family to surround her, and she wanted the same for others.”

When the cancer began to metastasize, Janet sought hospice care. During this time, she frequently expressed how grateful she was to have had the opportunity to comfort sick individuals who lacked support. Caring for others was simply part of Janet’s nature, which made her final request come as no surprise. Prior to passing away, she asked her family to continue to care for the local hospice community when she no longer could.

A few months after Janet passed away, April, her grandma and three aunts gathered to fulfill Janet’s final request. Together they created a hospice support organization and named it “Janet’s Wish.” Its formation helped bring family members close together as they worked to keep Janet’s kindness alive in the hospice community. To begin delivering gifts of comfort, they formed a fund within Mercy Health Foundation and Integrity Home Health and Hospice. Unlike most hospice nonprofits that raise and donate money, Janet’s Wish aims to deliver impactful services and gifts of comfort to terminally ill patients. The mission of the organization was inspired by Janet’s desire to make others feel supported and add an element of normalcy to the lives of hospice patients. Today, Janet’s Wish serves five counties surrounding Waynesville, Mo.

The founding members personally visit each hospice office to educate the nursing staff about what Janet’s Wish does and how they’re crucial to its success. Since nurses spend the most time with hospice patients, they’re encouraged to actively listen and uncover what could increase a patient’s comfort or bring a smile to their face. Nurses can then utilize Janet’s Wish funds to provide the requested comforts.

If a nurse asks a patient if there’s anything they need, they’re rarely met with a request. “90 percent of the time when you ask a patient on hospice what they need, they’re not going to think they don’t deserve something because they’re dying,” April notes. It’s therefore up to the nurses to pick up on the cues or information patients disclose to identify a personalized gift of comfort. 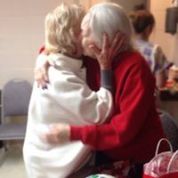 Janet’s Wish has helped terminally ill individuals renew their vows, purchase gifts for a family member’s birthday, bring pets to the veterinarian, coordinate a holiday or celebratory meal, arrange spa and beauty services, just to list a few. With every gift of comfort delivered, Janet’s Wish hopes to empower a patient to feel as if they still have a voice while receiving hospice care. Just because an individual is dying doesn’t mean they can’t feel valued, beautiful and connected to their loved ones and the outside world.

To date, Janet’s Wish has raised almost $80,000 over the course of seven years. The organization receives funding through private donations and fundraising efforts. Some families will request individuals donate to Janet’s Wish in lieu of sending flowers after a patient passes. Annually, Janet’s Wish hosts a golf tournament, which serves as its greatest fundraiser. April describes the tournament as a “mini family reunion” that gathers loved ones to celebrate the continuation of Janet’s work. Recently, community members have requested to host fundraisers to support Janet’s Wish. Receiving such generous support from the community is not only appreciated, but a testament of how valued the gifts of comfort are.

April has worked in the healthcare industry for the past 11 years. Since starting Janet’s Wish, she found a deeper connection to her work by understanding a provider’s impact on a patient’s experience and care. “All I can continue to think about is what I can do for the patient,” she notes. “If I can think about what a nurse delivers to a patient at home, the rest falls in place.”

Learn more about hospice care in the graphic below:

One thought on “Janet’s Wish”